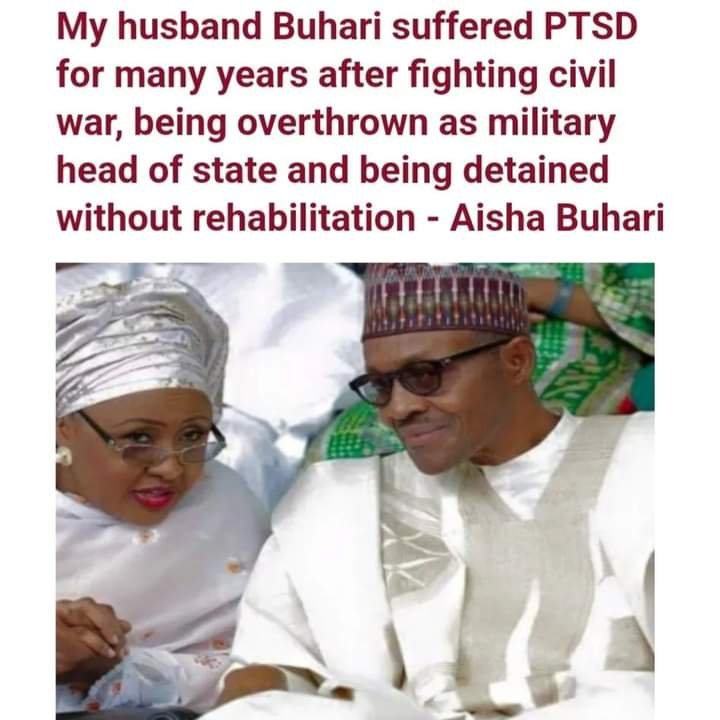 First Lady Aisha Buhari has revealed that her husband and President of Nigeria, Muhammadu Buhari suffered Post Traumatic Stress Disorder (PTSD) for many years. ThisDay and Arise TV reported that she said this at the ground-breaking ceremony for the Armed Forces Post Traumatic Stress Disorder Centre (AFPTSDC) initiated by the Mrs Lucky Irabor-led Defence and Police Officers’ Wives Association (DEPOWA). Aisha said her husband suffered PTSD for many years after his involvement in Nigeria’s civil war without rehabilitation, his overthrow as military head of state, and subsequent detention for 40 months without being charged with any offence. The First Lady added that Buhari’s loss of three consecutive elections further complicated the situation she was confronted with at 19, when she married him. She further revealed that she became an unintended physiotherapist who nursed him to recovery. She said;  “I want to thank DEPOWA for this foresighted vision of establishing a Post Tra
Post a Comment
Read more 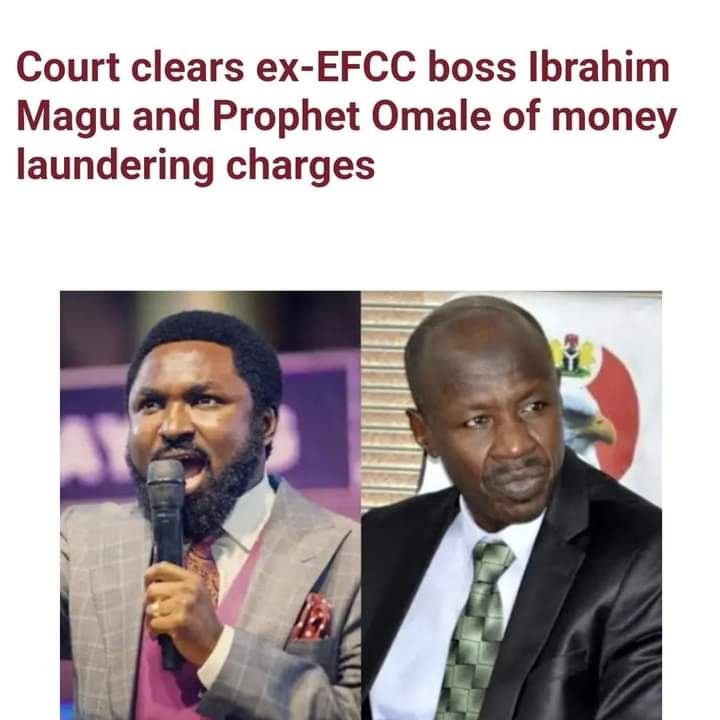 Justice Halilu Yusuf of the Federal Capital Territory High Court has exonerated the former acting chairman of Economic and Financial Crimes Commission (EFCC), Ibrahim Magu and Prophet Emmanuel Omale of the Divine Hand of God Prophetic Ministry of  N573million Money laundering claims. Recall that the Justice Isa Salami-led presidential investigation panel that investigated Magu after he was asked to step aside, claimed in its report that an investigation by the Nigerian Financial Intelligence Unit, NFIU, revealed that the ex-EFCC boss paid N573million into Omale’s church’s account and the said money was used to purchase a property in Dubai, the United Arab Emirates, UAE. Omale had approached the court to challenge the claim. In the ruling delivered today October 5, Justice Halilu noted that the evidence before the court showed that Omale’s bank admitted error in its report to the NFIU, of entries in the Divine hand of God Prophetic ministries account. The judge further held
Post a Comment
Read more 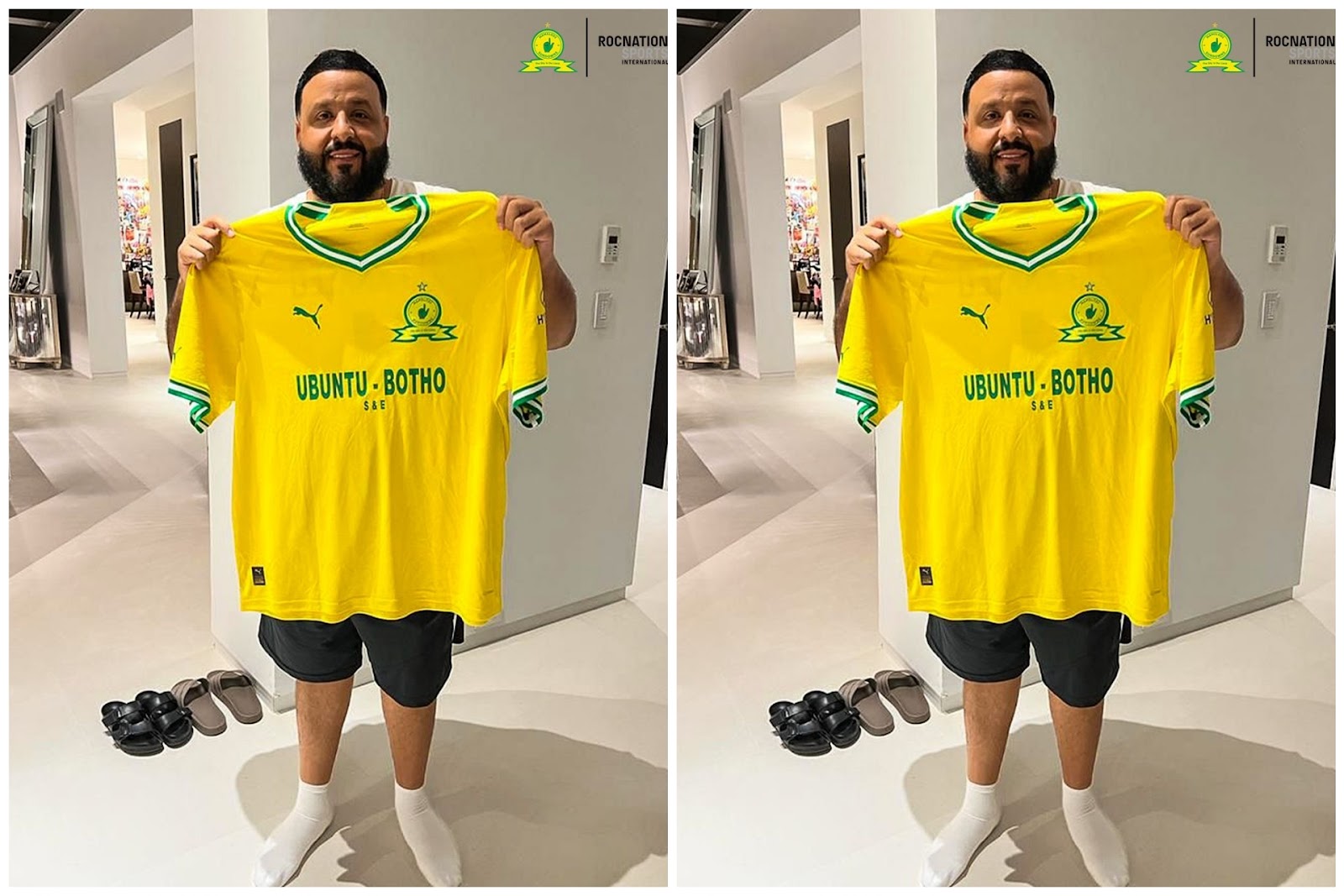 Dj Khaled holding a Mamelodi Sundowns shirt is huge, just like Ian Wright wearing a bucs shirt and Fati with a Chiefs cap as long as they are going global is huge. Banter aside appreciate it, from Mzansi to the World.  (Read More Here). Real friends: Kanye West took off his unreleased Yeezy sneakers and gifted them to DJ Khaled before they both walked off to their respective private jets Rocnation "Can you wear the jersey?" DJ Khaled "You can take your fake Brazilian loadshedding jersey if you don't want to do the business"
Post a Comment
Read more